Here is a guide about the game modes in Crab Game. 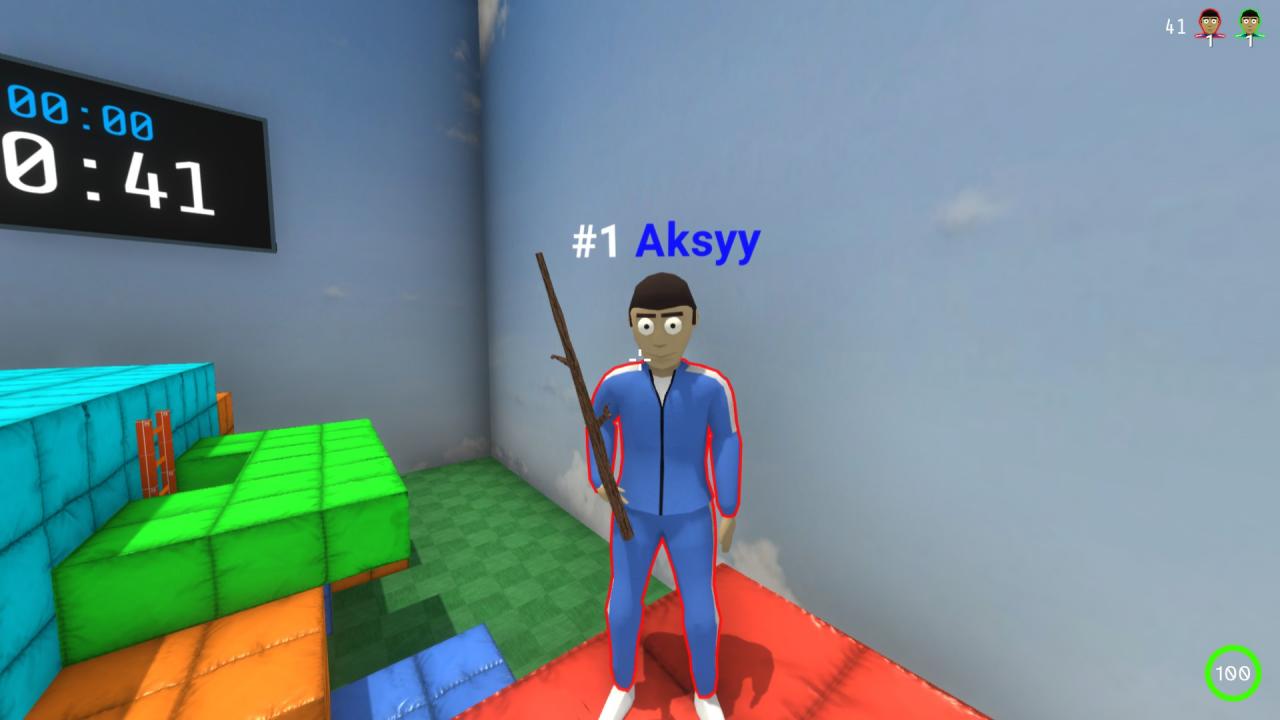 ◉ Runners
◉ Taggers
A taggers objective is to tag a runner to become one myself so they dont get eliminated. Taggers have a STICC as a weapon. When a tagger hits a runner they become a runner, taggers are outlined RED. They have to tag someone else before time rounds out.
Runners objective is to run away from a tagger so they dont get hit by a STICC and become the tagged themselves. Runners must survive until time runs out

Amount of taggers depends on the amount of players
Taggers by the end of the round are ELIMINATED and runners advance to the next round. 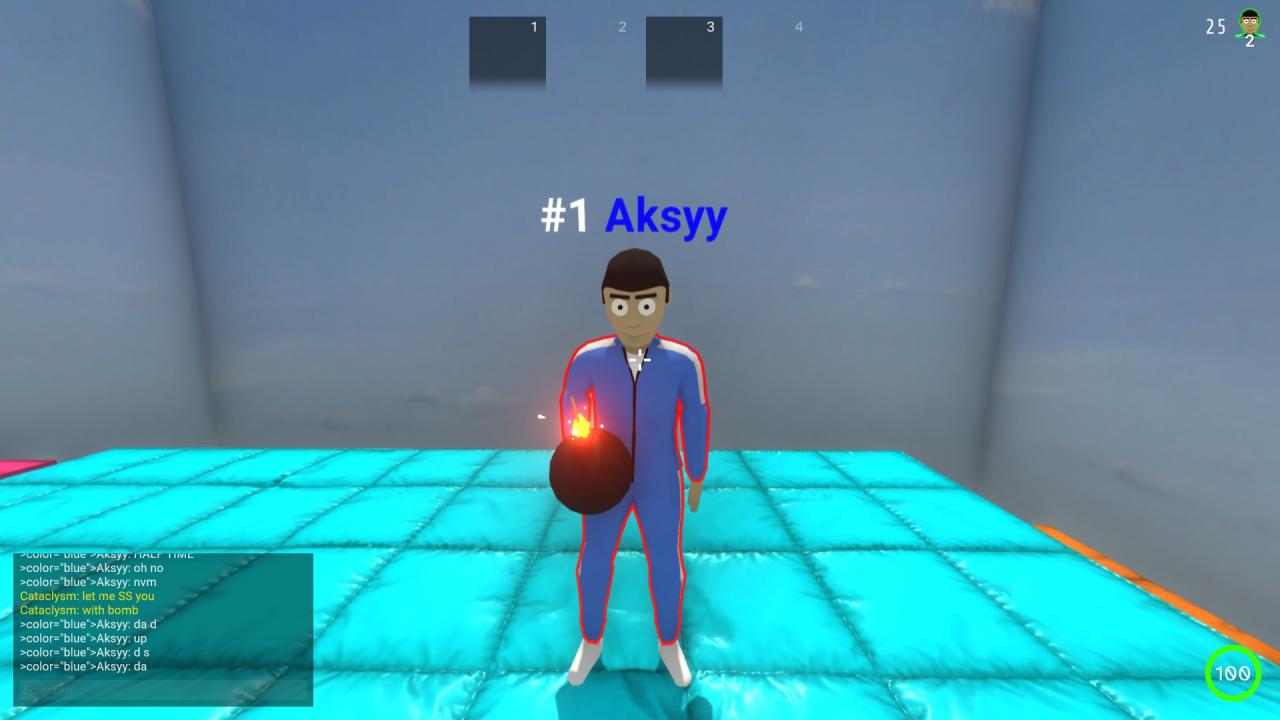 ◉ Bomb Tag – Same as Tag however there are few differences.
1. The taggers are randomly chosen 1 by 1 not simultaneously released.
2. The bomb doesnt have a specific time when it explodes.
3. And the weapon is a Bomb not a STICC.
Bomb count per round also depends on the player count. And the round length does so too. 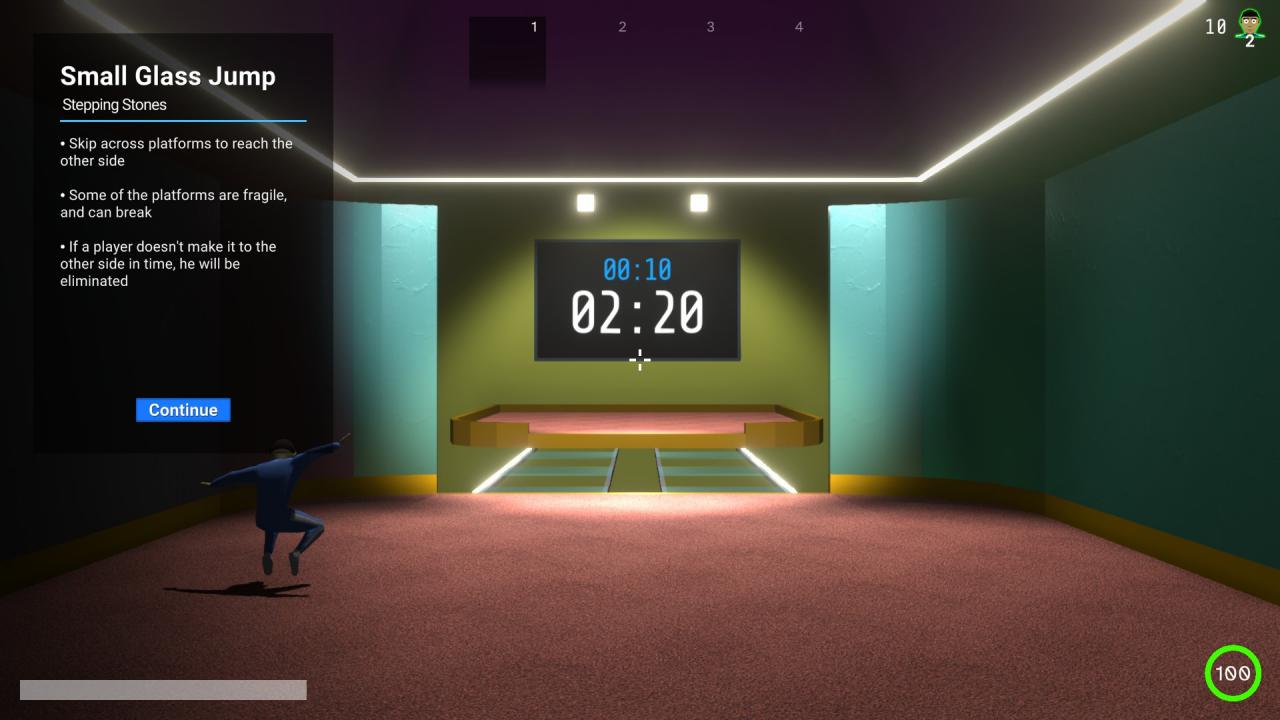 This gamemode has only 1 objective – to make it to the other side.

There are gonna be number of platforms. One on the left and other.

There is no patterns about which platform is the non-breakble, its always random 50/50.
The amount of platforms also depends on the player count.
If you die in the gamemode you are ELIMINATED

The ice in ice themed map affects your movement, so be careful!

Teams are the same as Tag or Bomb Tag so is the Objective.

In this case the Taggers must eliminate 1 player by killing them by a knife which deals 36 damage = means 3 hits and you’re dead. 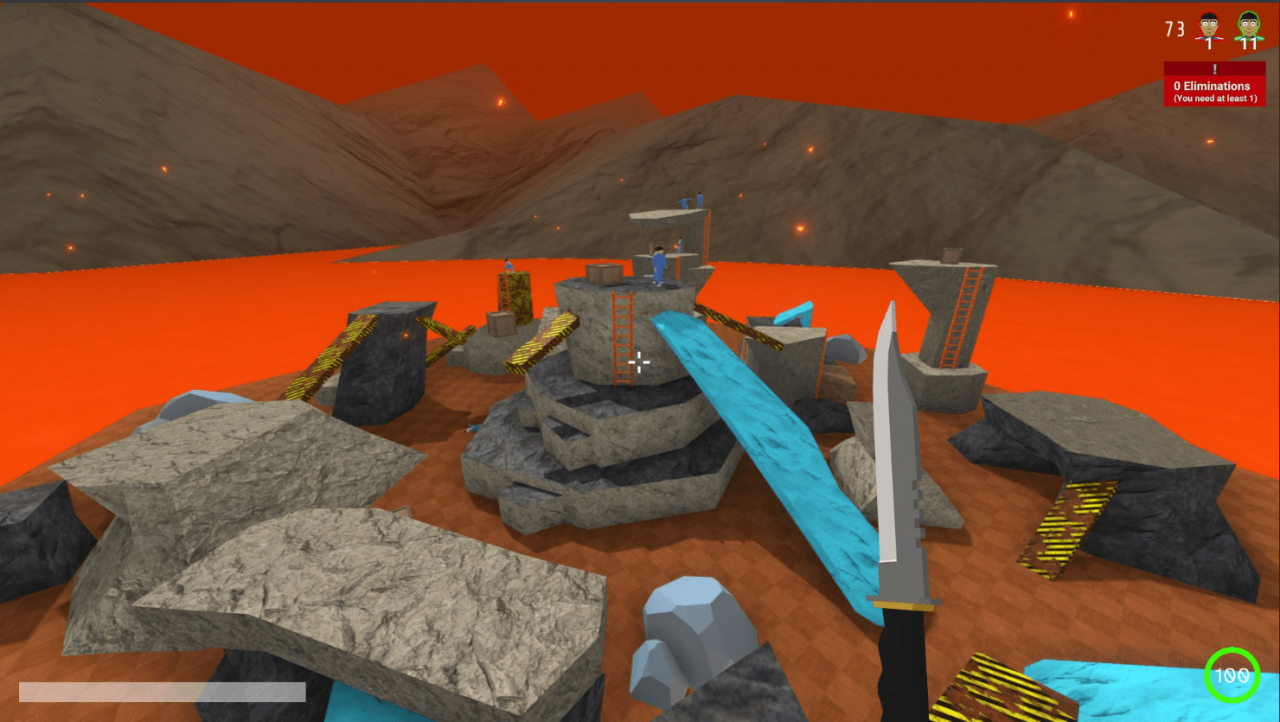 when a seeker eliminates a hider they become a hider themselves and are in the risk of being hunted.

For example if theres 3 seekers and 1 of the murders a hider he becomes a hider and then theres 2 seekers left. So basically the amount of seekers there is thats the amount of how many people have to die that round. So just don’t die 🙂

Objective is to hold the crown for as long as possible. 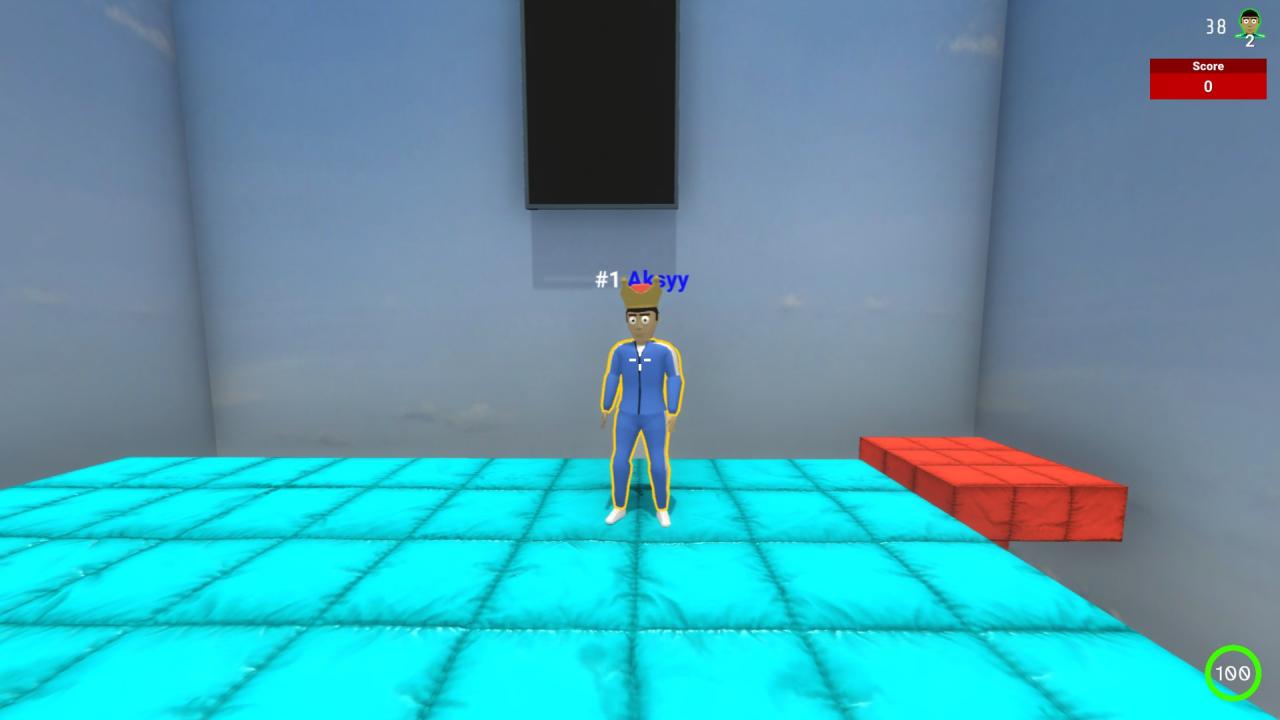 Depending on the players count people upon round starting receive a crown that they must protect, each second you hold a crown theres some points.

People who do not get receive enough points will be eliminated. Depending on the player count you must get from top 1 to like top 25.
To take away someone’s else crown you must hit them with your fist. (Not that hard right lol)

Disclaimer: THERE CANNOT BE A TIE.

◉ King Of The Hill –

The Objective – is to spend as much time in the yellow orb on top of the hill while being able to fend off other players who will try to knock you off. 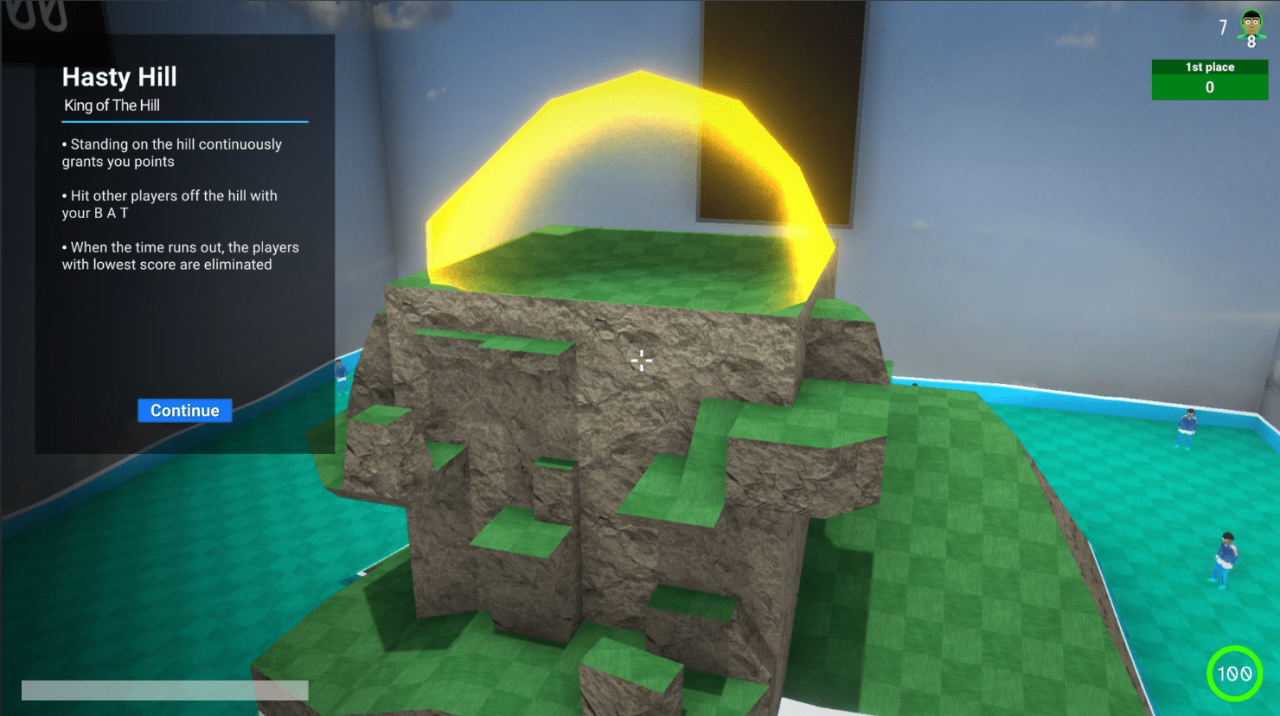 If you dont gain enough points at the end of the round you will be ELIMINATED.

You take no fall damage while in this gamemode and you receive a baseball bat with Knockback III (lmao) to knock people out of the ring and secure victory.

The bat doesn’t deal any damage.
Heres some footage:
◉ Lights Out –

This is the only mode that has 1 map and the objective is to survive throughout the light out period.
You have 2 options:
◉ Hide.
◉ Kill.

People spawn and have about 7 seconds to find a hiding spot and after that the lights go off and receive a weapon:

If you see someone with none of these weapons mentioned that means they are using scripts. One example is Shotgun or even an AK-47 = Basically Cheaters 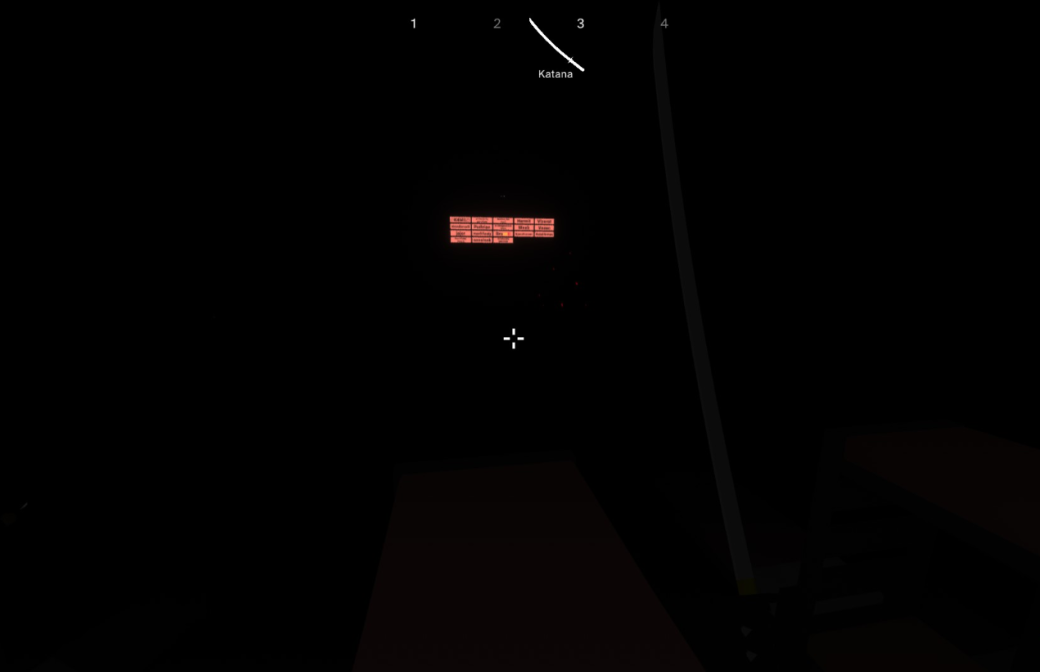 There’s only 1 objective in this game mode. 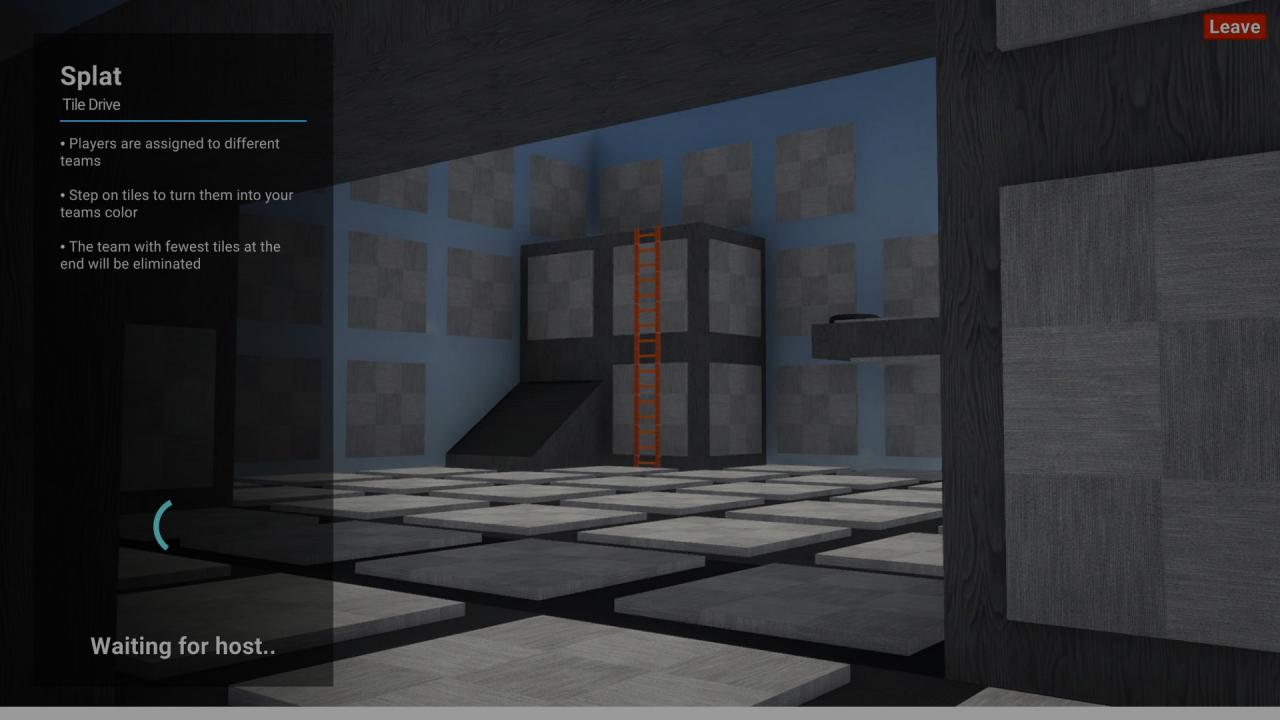 That is to make sure your team doesn’t have the least amount of points before the round ends. You must make tiles your color, to get as much as possible.

Team with the least tiles of their color as ELIMINATED and remaining teams advance to the next round.

Disclaimer: THERE CANNOT BE A TIE EITHER
Heres some footage: (Don’t mind me screaming at my fellow companion lol)
◉ Red Light Green Light – 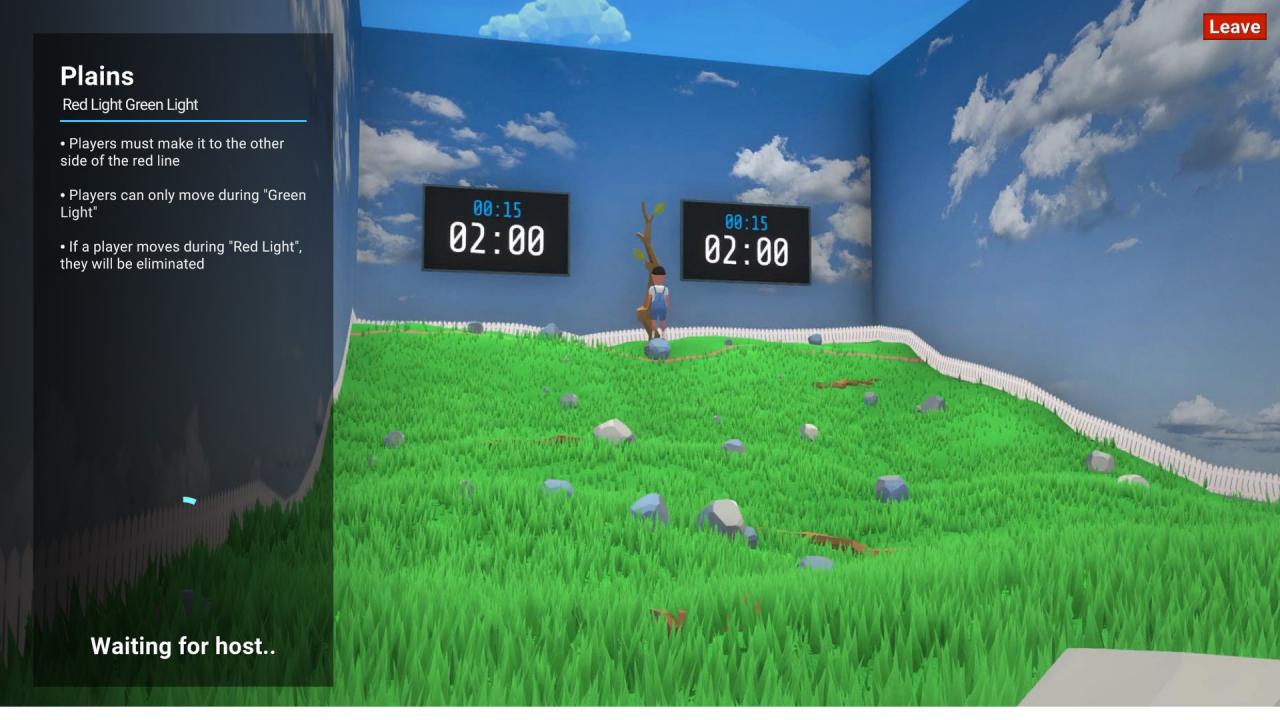 Of course everyone must know this one, the first game of the series.

Your objective is to make it to the doll and cross the red line and you pass!

If you move, you die which means ELIMINATED. There is 1 exepction. In the ice themed map there is rocks and tress you can hide behind, because the doll uses line of sight. BEWARE THAT ICE AFFECTS YOUR MOVEMENT.

So you’re basically being put in a ocean or a pit of lava with platforms that start crumbling and sink.

The platform count depends on the player count and so does the timer count. Your objective is to don’t fall of or push other people for trolling xd. 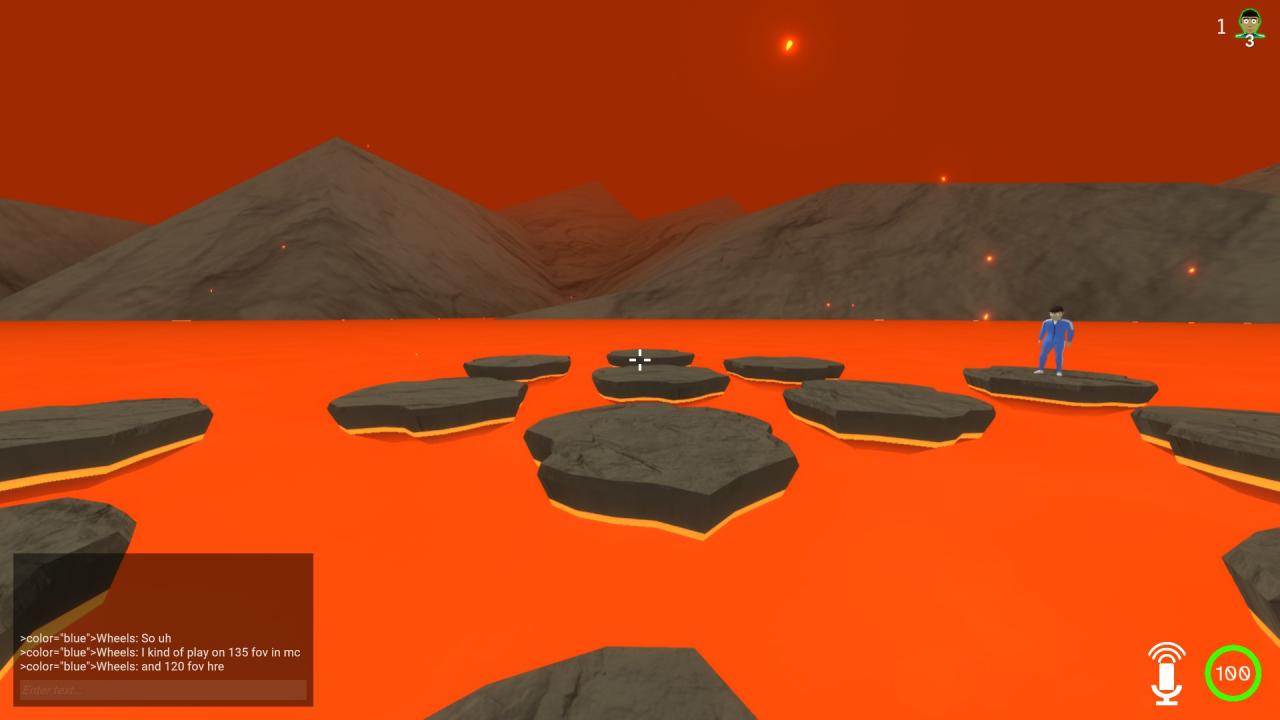 And that’s all for the Gamemode Section, Thanks for reading!. In the next section we will cover Movement!