Items that can be changed during the battle (recommended practice area)

Items that can be changed during the battle (recommended practice area)

Priority is given to locking on the lowest HP value

It is recommended that the person who locks on preferentially has the lowest default HP value. If you set the HP value to the lowest value, it will automatically lock on and aim with normal attacks and moves. In the game, it is important to defeat the opponent Pokemon and create a state where the number of people is advantageous, so let’s lock on the opponent with the lowest HP value. 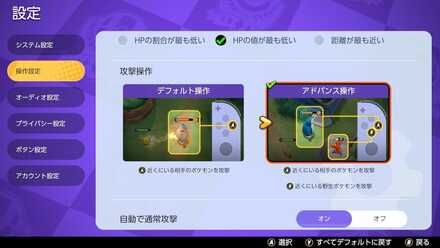 It is recommended to turn off normal attacks automatically

If you turn on the normal attack automatically, it will automatically attack the opponent who attacked once. However, it doesn’t make much sense because it has no effect when moving with the L stick. It is recommended to turn it off as there is a possibility of accidentally exploding and approaching the other party.

It is recommended to turn off the chasing mode while moving

In the chase mode while moving, when you are making a normal attack while moving, you will automatically approach the opponent who is out of range and attack. If it is turned on, it is recommended to turn it off because if you make a normal attack for restraint when you are running away, it will approach and attack without permission. Especially if you have a habit of hitting repeatedly, hit the A button repeatedly to get closer to the other party, so be careful.

Short press is recommended for how to reach the goal

You can score the goal as you like, but if you make a goal with a short press, the goal gauge will be accumulated with a single X button. When you break a goal with Rotom or Thunder, you can reach the goal with the push of a button, so it is a little easier to score than a long press.

Turn on auto-move the camera on purpose 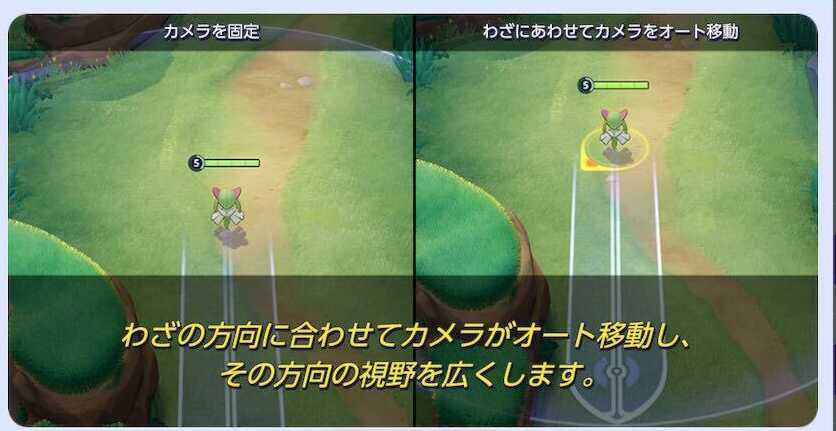 It is recommended to turn on the automatic movement of the camera according to your intention. By default, it is difficult to see the position of the target in the direction of purpose, but when it is turned on, the camera automatically moves to widen the field of view and make it easier to see.

It is recommended to turn it on to match the direction to the movement direction.

▲ Bad example: I’m going to return to the base, but I’m heading toward the enemy side

It is recommended to turn on “Match direction to move direction” in the operation settings. If it is left off, for example, when the opponent is chasing you, you may be defeated because you intend to escape to the position with a movement technique such as “Ace Burn” nitro charge, but you will go in the direction of the target opponent.

It is recommended to leave the default on to quickly adjust the direction to the rear of the target. If you turn it on, it will automatically match the target when you are holding the move, which is convenient when you are searching for an opponent while holding the technique.

Also, if both “Fit to target direction” and “Move to move direction” are turned on, move moves such as nitro charge will not match the target and can be released in the direction of movement .

The placement of the minimap can be changed by turning the aiming icon on and off.

One button is enough to remember the purpose

One button is recommended for remembering the purpose. If you use a combination of buttons, it will take some time to learn with the L button + X button or Y button. With one button, you only need to right or left the cross key, so it’s easy. 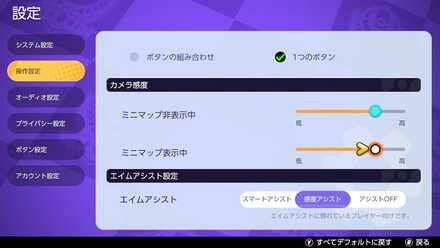 It is possible to increase the speed when checking the entire map with the L + R stick from “Camera sensitivity” in “Operation settings”. By increasing the speed of the camera, you can grasp the surrounding situation faster, so it will be easier to make decisions such as fighting or pulling according to the support of allies and the number of enemies. In the default state, the camera sensitivity is low when the minimap is hidden, so raise it to the same level as when the minimap is displayed. 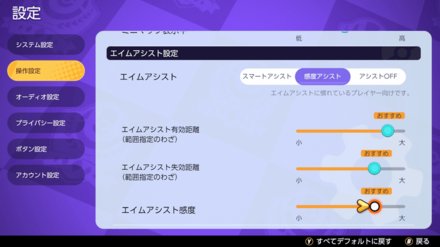 You can improve the operation performance by adjusting the aim assist setting at the bottom of “Operation settings” to the recommended position. Once you get used to the operation, change the distance and sensitivity of Aim Assist to your liking.

Other than the operation settings, it is OK as you like

How to change Pokemon Unite settings 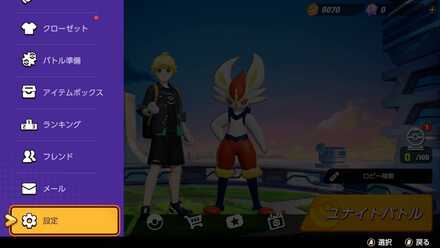 In the practice area, you can change it with the + button → settings. 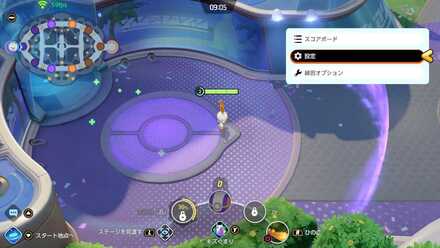 The arrangement of operation buttons can be changed from “Button settings” 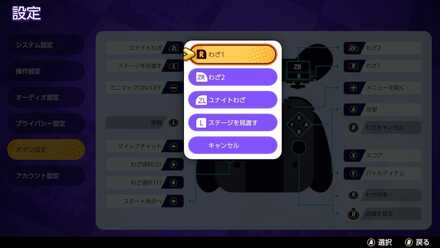 How to operate Pokemon Unite 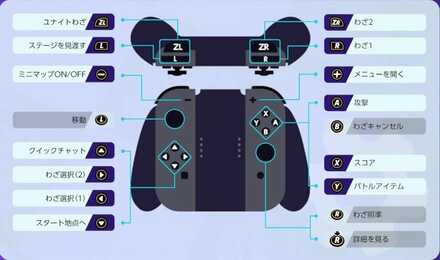